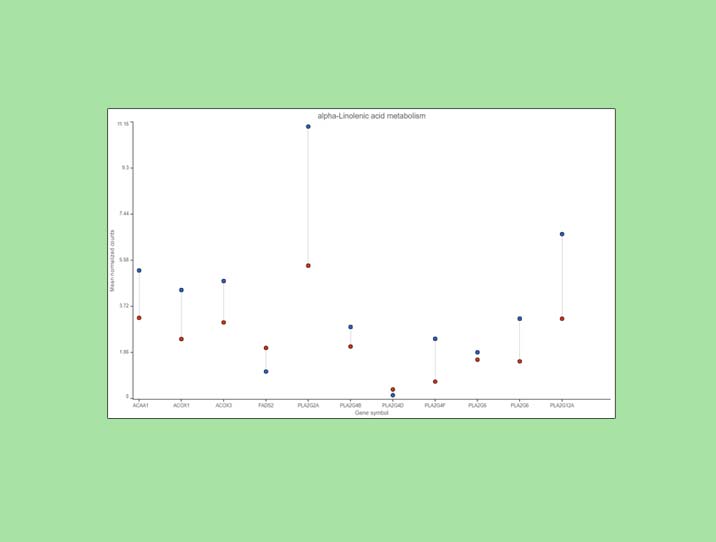 One of the main steps in nearly every bulk RNA-Seq or single cell RNA-Seq project is some sort of statistical testing to compare gene expression levels across samples. After which a list of significant genes is generated by applying a filter strategy, the most common being fold change > |2| and false discovery rate (FDR) < 0.05 (the exact values depend on the research question).

To illustrate biological interpretation, we used a spatial transcriptomics data set, consisting of two human prostate samples: a cancer sample and a normal sample harvested from another individual. The samples were processed by the 10x Genomics Visium platform and are available here. Using the graph-based clustering approach, tissue spots were classified as cancer or normal. Differential expression testing was performed and a list of significant genes was created using fold change > |2| with a false discovery rate (FDR) < 0.05. The list was then interpreted by pathway enrichment with KEGG pathways as the pathways database.

Figure 1 shows the top ten enriched pathways. The first pathway really stands out as a “focal adhesion”. Two additional pathways relate to the adhesion of cells to either other cells or components of the extracellular matrix; dysregulation of genes involved in adhesion is a well-known feature of prostate cancer (particularly important for metastases).

Although the enrichment results make sense, they fail to reveal all the biological nuances. It is important to note that enrichment focuses on genes that show considerable differences in expression level between the conditions, while the genes with subtle changes simply go unnoticed. But what if within a pathway several genes are slightly up-regulated to the baseline condition? For instance, in a signaling pathway, even slight changes in expression levels may have profound biological consequences.

One way to address the limitation of enrichment is to use a strategy that could be described as “differential set expression”. For any gene set (e.g., a pathway) expression values of all the genes within the set are added up and then those sums are compared between the samples (basically, pathway ANOVA). This is the principle behind Pathway Analysis as implemented in Partek® Flow® (Figure 2). 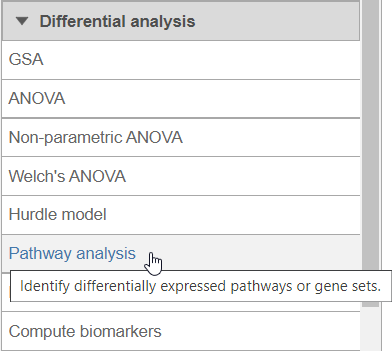 Using the same project to illustrate the concept, cancer and normal samples were compared using Pathway Analysis. The resulting pathways are sorted by fold change (descending) and the top ten pathways are shown in Figure 3.

Examination of one of the pathways (ɑ-linolenic acid metabolism, Figure 4) sheds light on the difference between pathway analysis and pathway enrichment. All the genes in the pathway are indeed expressed at a higher level in the cancer samples (blue), but the difference in terms of fold change (per gene) is modest, at best, and below the usual cut-off value of 2. Hence, it is not surprising that the enrichment score value for the ɑ-linolenic acid metabolism pathway is 1.34 (corresponding to Fisher’s exact test p-value of 0.26). 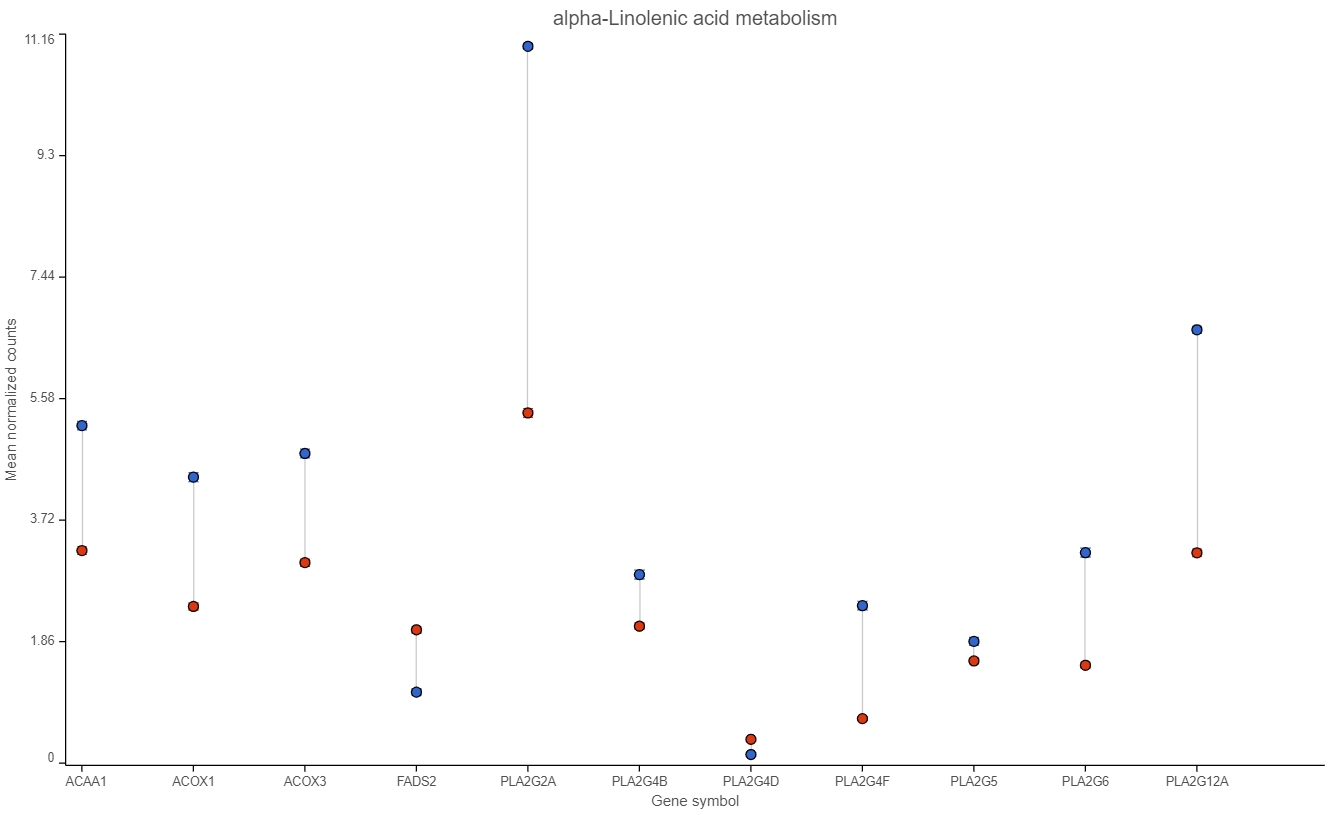 In summary, enrichment is a valid and valuable approach to contextualize gene lists (sometimes it is the only available method, e.g., if a gene list is obtained from a publication), but it has limitations. In the current example, pathway enrichment yielded valuable results, but additional biological insight was obtained when applying pathway ANOVA. We encourage you to try it with your next experiment and share your experience with us.